First stop Vientiane, Capital of Laos.  Morning flight to Vientiane from Bangkok (approx 4 hours);  train is 12 hours so we weren’t inspired by train system on this occasion!  It was first leg of our 3 week stay in both Laos & Bangkok (returned to Bangkok after Laos).  The day before we had travelled from Sydney (12 hours to Bangkok) and stayed just 1 night in Bangkok (at a great hotel near the airport)…it all went very smoothly. 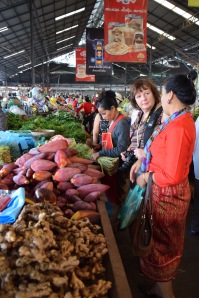 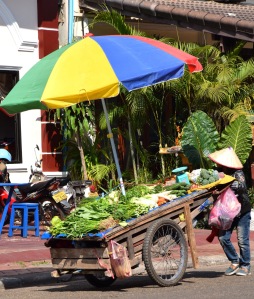 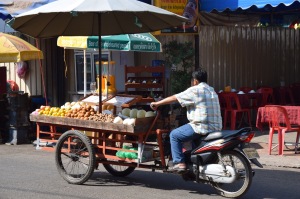 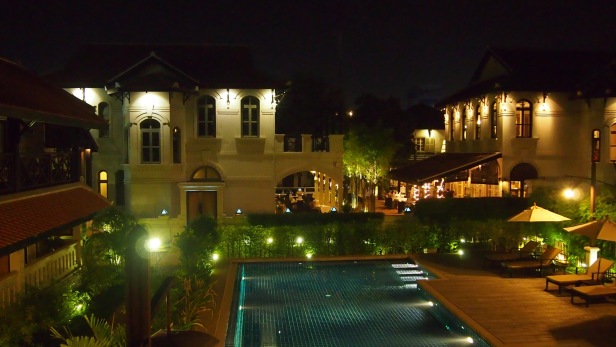 This is the hotel where we stayed in Vientiane, the Capital of Laos – we flew into Vientiane from Bangkok. (See more info on logistics in next post on Laos).  It was a historic building beautifully restored.  I’ll dig our journals out from archives (our garage!) and note the name soon but in the meantime if interested, check out Trip Advisor, it’s probably one of the more popular hotels in Vientiane (just a small city).  There was a restaurant at the hotel which sounded quite nice but with the cooking course we did + a few other nearby restaurants, we didn’t have a chance to try it. 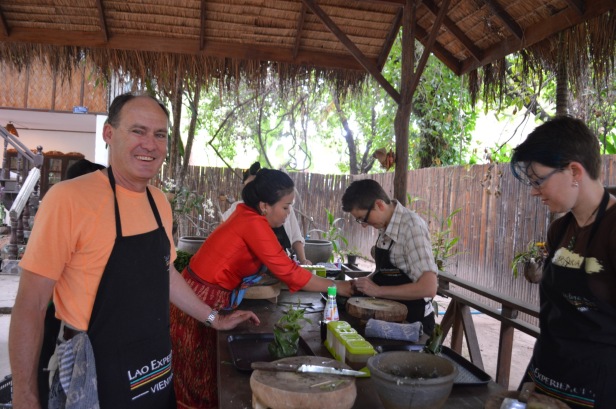 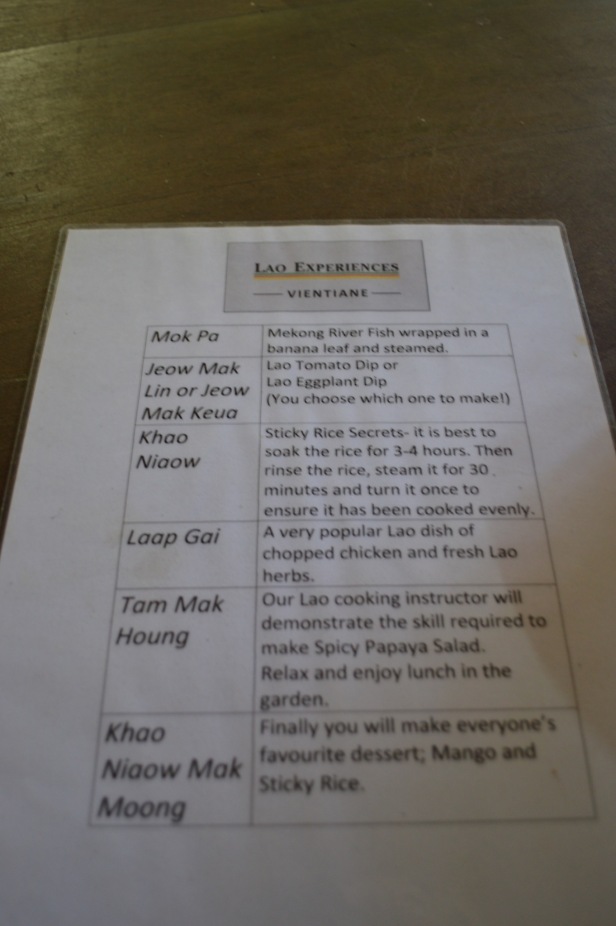 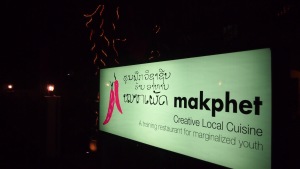 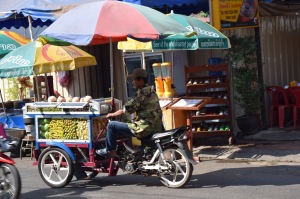 After a few days in Vientiane we flew onto Luang Prabang, Laos for 5 nights.  Luang Prabang has a beautiful old town area – very pedestrian friendly + lots of cafes and restaurants – some with a French influence. 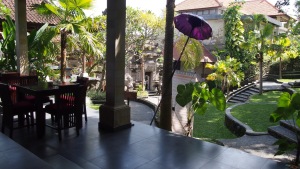 Some beautiful dining spaces around Laos similar to the last 2 photos.  The photo below is the river frontage of our small hotel in Luang Prabang …will add the name of it soon.  The breakfasts here were just beautiful and they also serve evening meals although we were so busy elsewhere that we didn’t go in the evening – except for a drink one evening which was also lovely with lots of large candles etc. 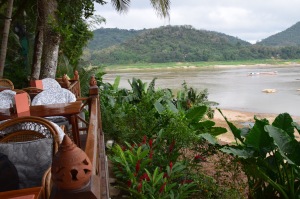 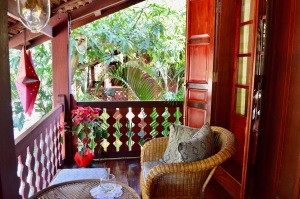 We spent most early evenings on our hotel room verandah overlooking the river…having a drink before walking to dinner at a nearby restaurant.  Luang Prabang is a beautiful small town (along the river + inner/old town space) and most people move about on bicycles.  Our hotels had bicycles you could borrow but due to my v bad back I decided not to cycle…didn’t want to fall & break any of my bionic bits! 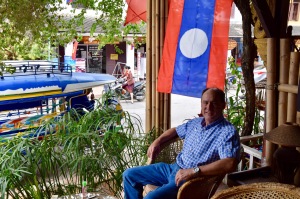 The above photo of Tony is at one of our fave cafes in Luang Prabang…name to be noted soon.  There’s a big European influence in Laos – mostly French…more about the history behind that in my next post.  We had a light lunch here a couple of times and the next photo was one of our fave plates… 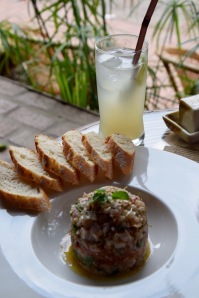 The chef called it Ceviche and said the origins of this dish are Chinese/Spanish.  However, when travelling in Peru (I’ll add to South American posts in the future), a chef there debated that and claimed it was first prepared in Peru.  I’ll do more research in the future to establish the truth behind this although the general feeling seems to be that the dish originated in Peru?

Another Laos cooking course in Luang Prabang – “Tamarind Cooking School – A Taste of Laos”.  It was fabulous and delicious! 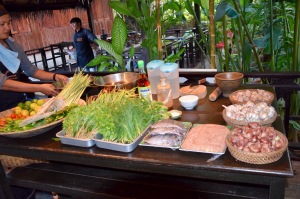 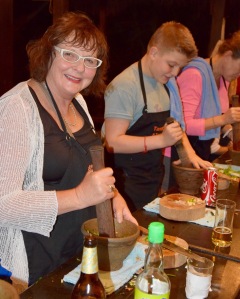 We discovered this cooking school when we went out for dinner at the Tamarind Restaurant (a short walk from our hotel).  The thing we loved most about it was the range of ages in the small class (there were about 10 of us) plus they came from all parts of the world.  We were the only Australians.  The teenager next to me is from an English family…the Mum (in pink) was super busy giving her younger children (on her other side) help so I found it nice to chat with her older son.  He was a bit nervous to start but really enjoyed using the mortar & pestle as did I!  Something therapeutic to do at home too!…added bonus of wonderful aromas to focus on instead of worries! 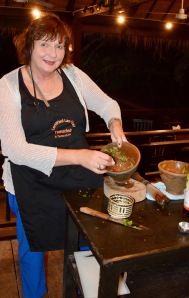 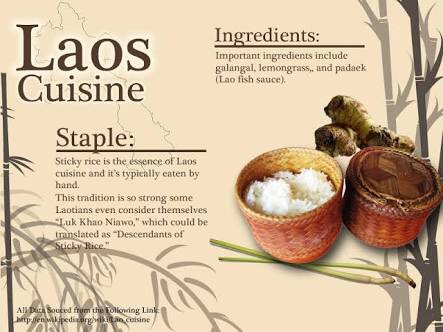 This was like a dip but instead of crackers the Laos tradition is to scoop it up with a small ball of sticky rice – beautiful!