Our first night: a room with a beautiful river (photos below) + our first close up lion encounters

I stayed at the Inyati Lodge while Tony went out in the early evening of our first night there. (My reasons for that are in the last post if you missed it + other King of the Jungle photos). The above photo was one of my favourites as Tony returned on a natural high…well not quite natural as they’d had one sundowner – a refreshing G&T. 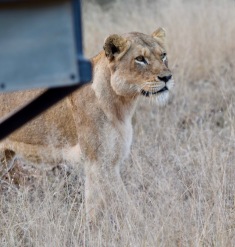 On our first night my amazement was about how close the lions came to the vehicles! I had read up on that as the whole safety issue was one that I wanted to research anyway before we left home. There are many reputable pieces in various papers, journals as well as newspaper articles + it was good to know that Inyati has a respected safety record and follow all the guidelines for both human and animal safety and conservation. See my last post as well if interested in that subject too plus how the lions see the vehicle and people as one large mass not associated with food – unless perhaps you stand up at the wrong moment!

Be prepared…Africa can be an affordable place in SOME destinations but not very often at high quality private game reserves. It’s nothing like a zoo, even an open plains one like Dubbo in Australia – we were asked that question a few times. While it is an expensive stay, there is so much provided in that cost and keeping a park like this running in such a professional way would be very costly of course. I gather there are other similar places that aren’t as expensive but we can only comment on this one which we loved. We usually like to choose/book our own hotels; go to nearby restaurants rather than eat at the same hotel with the same people particularly over many, many nights. However…this is not a place where you wander off down the road alone looking for an appealing feed – more likely that you could become one yourself! So we happily changed our ways on this part of our African holiday!

The lovely thing was that we did meet up with some wonderful people from Johannesburg as we shared their vehicle – a large Toyota Landcruiser with incredible suspension that gave a really comfortable ride both on and off the sandy tracks. The tracks go for many, many kilometres (the invisible boundary is with Sir Richard Branson’s private game reserve)…along beautiful river fronts and creek beds and through stunning landscapes. My next posts will show some of our better landscape photographs.

Back to more lion photos: A pride of lions 🦁 on sunset – it was so quiet and a beautiful 15 min as we saw them walking along this sandy track before disappearing into the bushes. 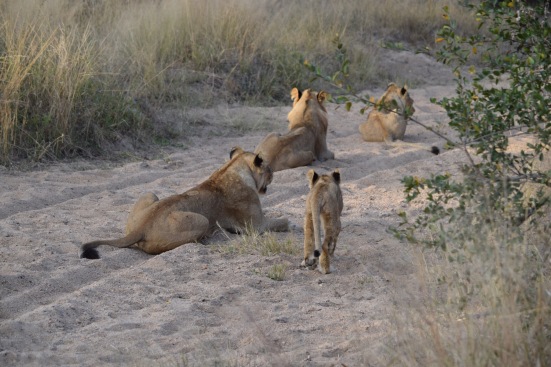 We watched this lion cub for ages – gorgeous playful antics…would like to blog more tonight but I’m day 5 after my 1st spinal surgery and my body is telling me to rest up. 2nd phase/surgery this Thursday – “only” another 4 or 5 hours! Looking at photos has been a pleasant distraction😉 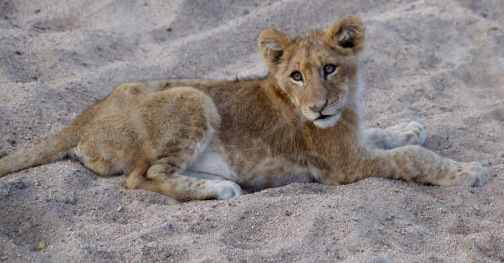 Photo below: I liked this affectionate moment although we later learned about the sexual habits of lions – there’s often not much affection. More like basic instinct like other animals although you do see a closeness among the pride sometimes and of course the warmth and playfulness of the cubs and occasionally the mothers, definitely not always; one mother we heard about (a prolific breeder) seriously neglected her cubs. Other mothers came in to rear them all.

Roaring is one of the main habits which, being the first time we heard that (other than on TV), was an incredible experience. I’ll write more about that another day but to sum up, we were very pleased to hear that the lion was roaring to attract a female in the bushes, not because we were in a nearby bungalow trembling in our bed! The trembling was more from the sense of disbelief mixed with amazement, excitement etc! We were glad that Inyati owners had our safety under control – pulling up right outside our front door so we could step right into the Landscruiser that morning. Not a day to stroll down by the river – photo below! 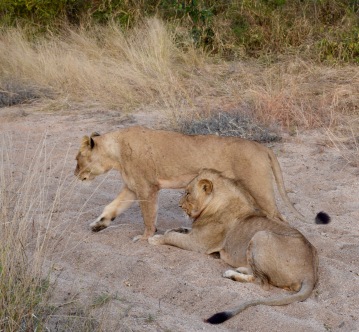 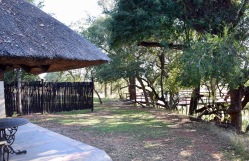 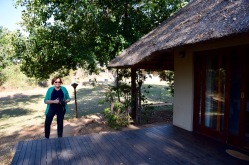