From Wikipedia: “Republic of Mauritius (French: République de Maurice), is an island nation in the Indian Ocean about 2,000 kilometres (1,200 mi) off the southeast coast of the African continent. The country includes the islands of Mauritius and Rodrigues”

We were at the end of our month in Africa so before returning to Australia we decided to have a week in Mauritius. We departed From Johannesburg, South Africa and the flight was only 3.5 hours “with a good wind” the pilot advised. It’s also possible to fly to Mauritius from Australia via Mauritius Air – the shortest route being via Perth, Australia (11.5 hours). 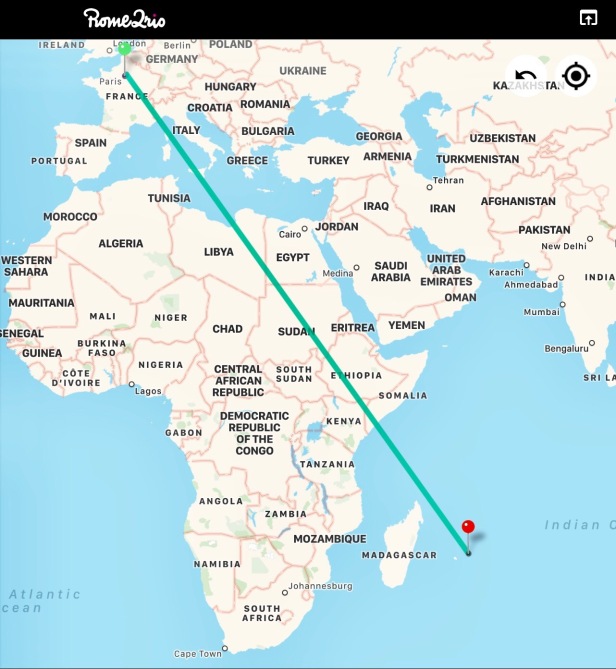 From Paris, France (see map above):

The majority of tourists travelling to Mauritius are French. Both French and English are taught in schools there so most Mauritians, even people from lower income areas (perhaps less Education), can swap between languages with ease…sounds impressive for Australians like us! Many Australians learn a second language at school (Tony and I learnt French in High School) but not many are fluent because we get very little practice in Australia. It was fun to practise our super basic French while we were there…we’re not bad at reading French menus; however, most menus are in both languages (see below). 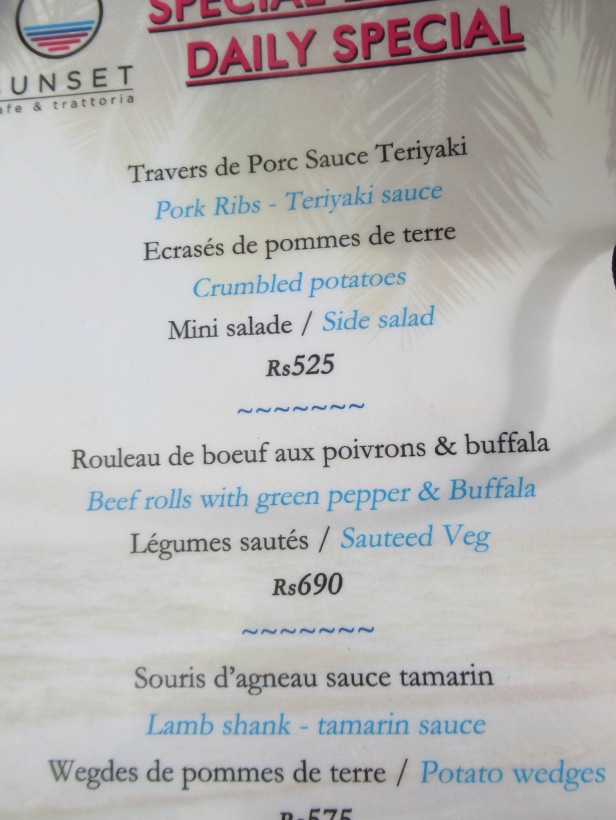 From the main airport in Mauritius it was a 1 hour drive to Grand Baie (photo below). We stayed at a small hotel called Baystone. It is located in a more isolated part of the island with a very pretty beach right on the door step; there’s a regular boat service across to the nearest town which you can see in the background of the photograph below:

I’ll post more photos & text tonight…unfortunately having trouble with WordPress crashing – something about incompatibility my IT man (Tony😉) tells me (while watching a movie) so hopefully he can work out the problem in the morning. Nice to get back to blogging as last 7 weeks (post spinal surgeries) have been tough/exhausting at times.

Photo below: kayaks are available for guests at Baystone – Grand Baie is wonderful to explore by boat, cruiser, kayak etc.Well it’s now 15 October and what with WordPress problems (see para below) & my spinal surgery recovery I haven’t been up to much blogging. I have a spare half hour so will start a new blog on Mauritius. 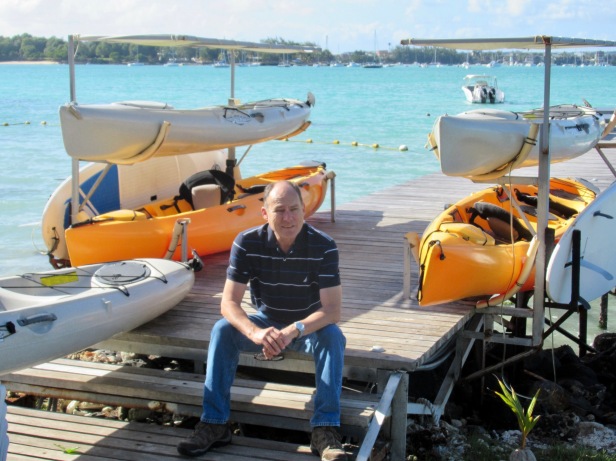 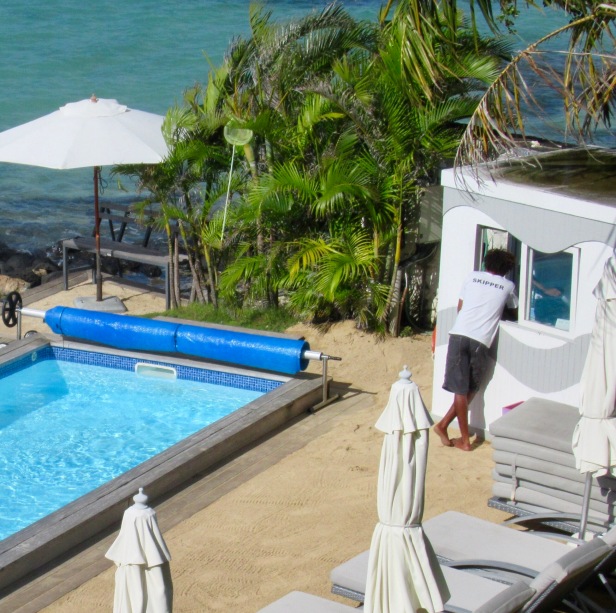 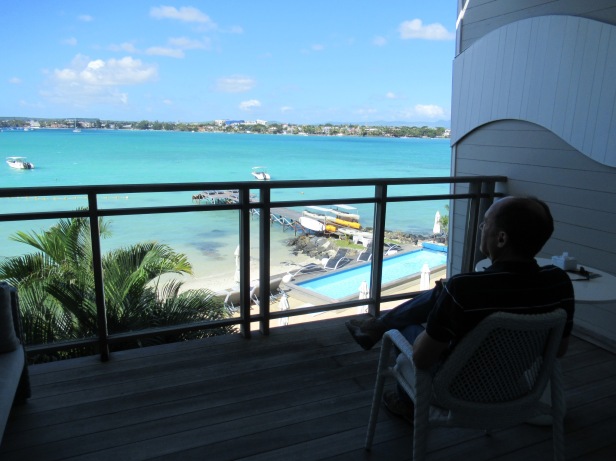 Photo above: view from the Baystone Hotel – a spacious verandah looking toward the bay – room for a table, chairs and a 2 seater lounge…we spent quite a bit of time there. Their wi-fi was quite strong – the brochure promoted a set up for conferences etc; however, while we were there the guests appeared to be mostly French speaking tourists.